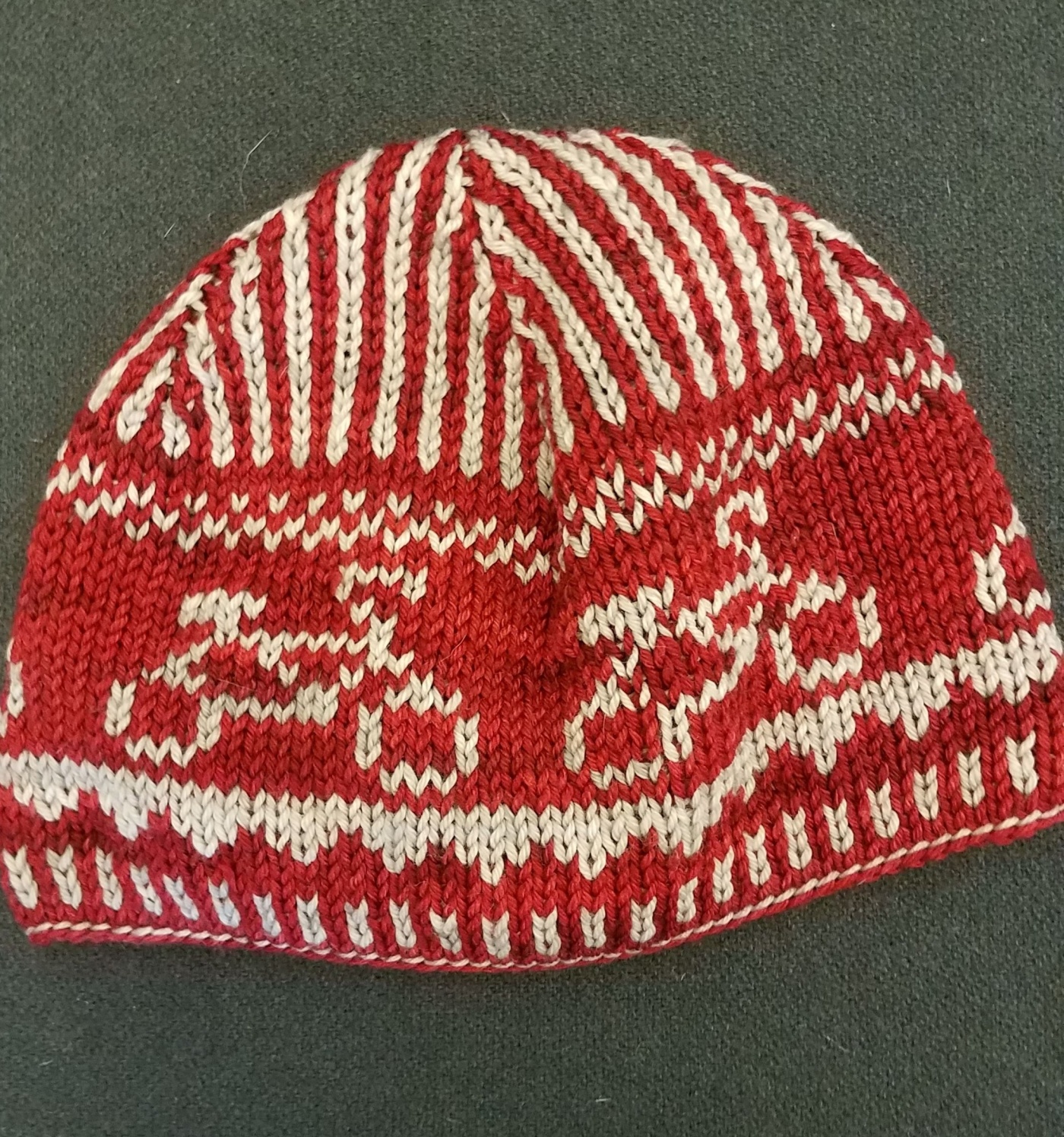 This post is long overdue! I’ve started (and mostly finished) way too many projects since my last crafting post. Recently I have been playing around with fair isle or stranded knitting. Stranded knitting refers to multi-color patterns that carry all the color strands along the back of the piece rather than tying off the strand for each new color. Fair isle is a subset of stranded knitting referring to dual-color patterns, typically with a max of five contiguous stitches of the same color in a row. Think Nordic-looking sweaters with snowflakes and geometric patterns. In this post, I’ll show you a few of the pieces I made using this technique. 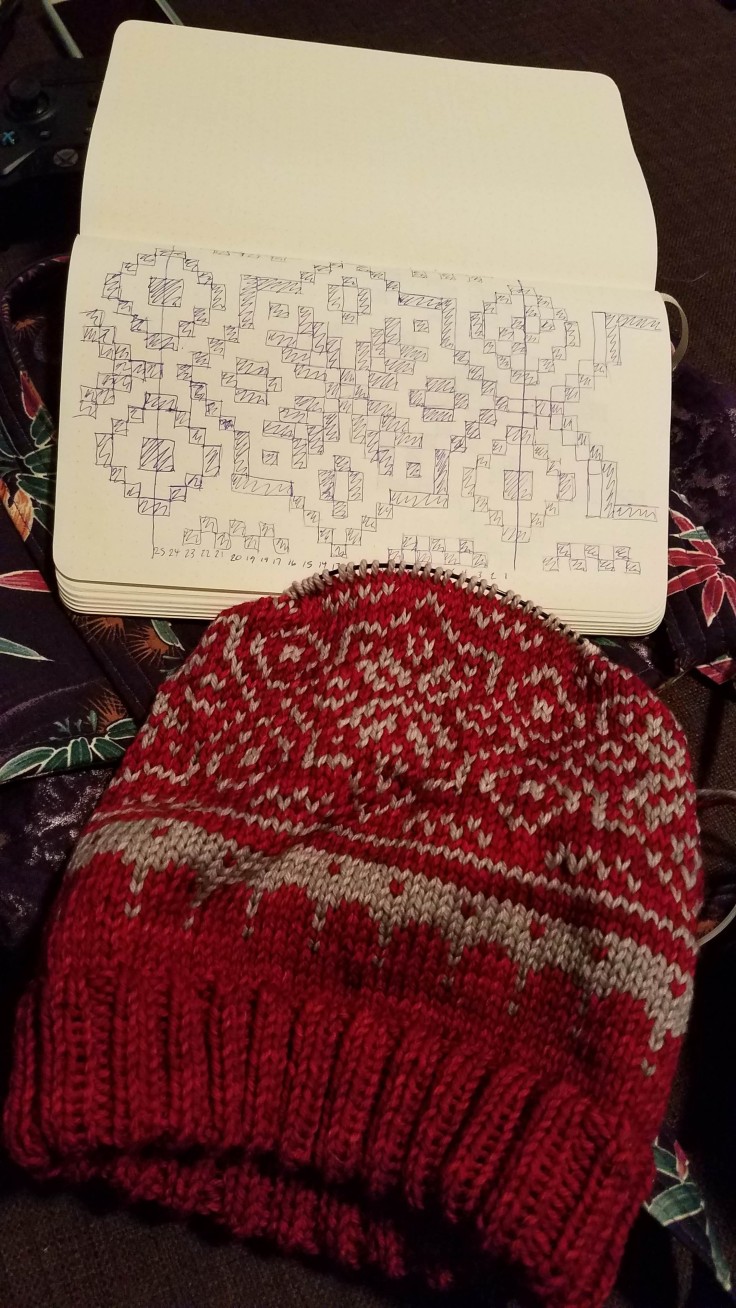 This hat was my first foray into stranded knitting. I used a sport weight Merino wool that I got from my local yarn shop. It’s a nice weight because you can make a fairly complex pattern fit into something the size of a hat. I planned the snowflake design out in with graph paper first which actually worked out really well for a dual-color design. While knitting the pattern, I held both colors in my left hand at the same time, the primary color wrapped around my index finger and the secondary around my middle finger. It was a bit challenging to properly tension the secondary color so some of the stitches in gray are looser than they should be. 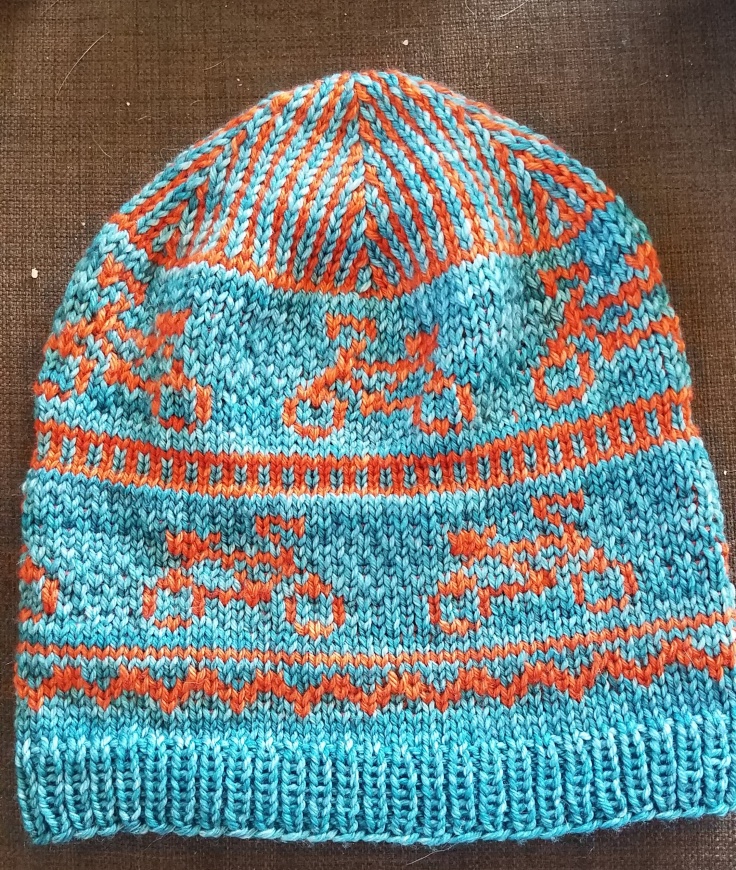 I made this hat for a friend of mine who loves biking. This one was a lot of fun, but is technically not fair isle because there are many spaces in the design that have more than five stitches of the same color in a row. Because of this, I had to catch the long floats to keep the back of the piece from becoming unwieldy. For those of you who are not fluent in knit (myself included), the floats refers to the strand yarn that is left to the back of the piece when it isn’t being used. So in the blue section, there would be a long strand of the orange just hanging out on the inside of the hat that would be easy to snag. Catching the floats refers to a process of essentially weaving the unused color into the piece so that it is not free, but it is also not visible from the front of the piece. More info here if you’re interested in the logistics of this. I may have gone a bit over board with this which is why some of the rows of blue look a bit uneven. Maintaining a loose tension in the float is super important to make sure the front looks even. All in all, this hat was a lot of fun to knit and my friend thought it looked awesome, so that’s the important thing!

I was having a lot of fun after that bicycle hat, so I decided to adapt the pattern to make it reversible! 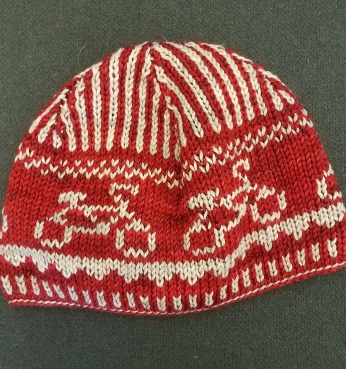 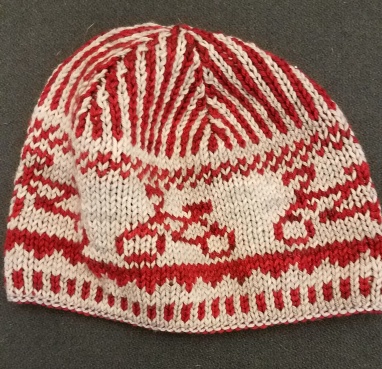 I had a picture of this hat showing both sides at once, but it was super blurry… so you’re just gonna have to believe me that this is the same hat! I created this hat using a technique called double knitting. Essentially, I knitted two hats at the same time where the color that wasn’t being used on the outside was being used on the inside. The circumference of this hat turned out the be much bigger than anticipated, probably because of the difference in tension that my stitches had. It was a very interesting project even if it didn’t quite turn out the way I expected it to.