After our sailing adventures, Kira and I headed north. Our first stop was Kapowairua (Spirits Bay) campground. Wairua means spirit or soul in Maori. According to the Maori people, this bay is where the souls of the dead gather to begin their journey to their ancestral home. The bay itself is absolutely beautiful. The campground is right next to the beach. We had the place pretty much to ourselves and it was practically bug free. I don’t know if we just got lucky with timing, but it was a fantastic place to spend the night.

The next morning we headed to the Te Paki Sand Dunes for a bit of hiking. We got lost for a bit…. but it was a fun 4 hour adventure and we made it back alive!

After the dunes, we went to see Cape Reinga. I probably could have spent all day sitting by the lighthouse watching the water. Cape Reinga is where the Tasman Sea and the Pacific Ocean meet. The clashing of the different wave patterns makes for a twisting, snaking boundary between the two bodies of water. 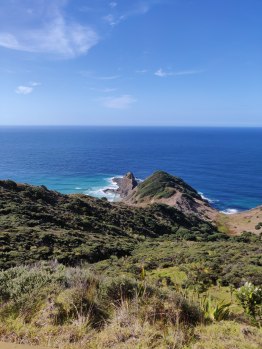 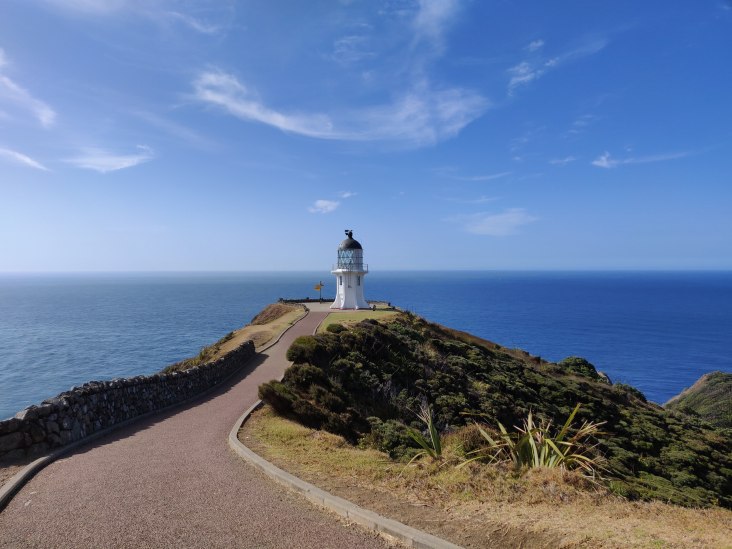 That night we stayed at Tapotupotu Campground. It was definitely more busy and more buggy. The campground is situated an near a river outlet so it had a much different feel from the first place. While I was practicing on my ukulele after dinner, a women came up to us saying that the music was lovely and could she please take a picture for her blog. I always find that I meet the most interesting people while traveling and this interaction was no different. One of my favorite parts of travel is exchanging perspectives with people I wouldn’t normally cross paths with in my daily life.

As it got dark, the stars started coming out. The stars in NZ are amazing compared to what I normally see in Seattle, but being in such a remote part of NZ, they were spectacular. While Kira read, I played around with long exposure shots on my phone. The pictures turned out pretty damn good for a phone, but it made me want to go buy a nicer camera and tripod… 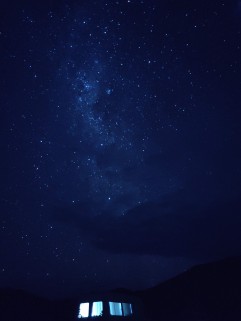 For some reason we decided to drive all the way back to Auckland the next day. A lot of driving, but it worked out alright. We did take a small detour to drive on 90 mile beach. I have to say, I loved driving on the beach. It was a little sketchy to get on (there might have been some soft sand that almost ate the front tires), but with a little speed and 4WD action we made it! We only drove about half the beach because the first entrance we tried (Te Paki) was a bit flooded, so we entered at the Waipapakauri Access Ramp and exited at Ahipara.

Next up, our journey south!