The beginning of a new year means a new project for me and this year I chose to spin something. I learned how to spin last year and I’ve been obsessed ever since! I wanted to do something to challenge my new skill set and also use up some of my fiber. I had 50 grams of a gorgeous merino and silk blend sitting around (Morning Glory by Fibre2Go) so I decided to see if I could spin enough yarn out of it for a full project. 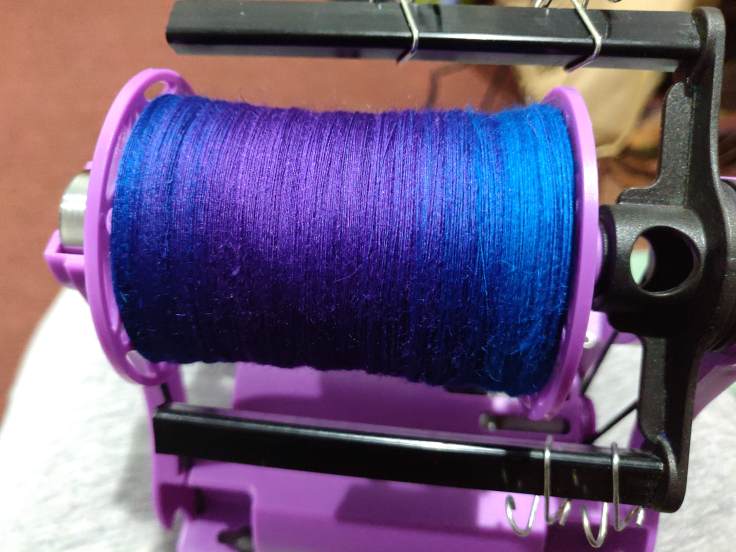 I bought an Electric Eel Nano at Christmas to travel with. It worked really well for this project because it is super portable and works really well for fine spinning. I traveled back to NZ from the States soon after Christmas, so I have been spinning everywhere: on airplanes, in hotels, at the beach… I even managed to chain ply from my hammock!

I decided to chain ply the yarn so I could maintain the colorways. By the time I finished spinning, I ended up with just over 385 meters of yarn. This makes the grist roughly 3800 YPP. For my non-spinners, grist is measured in yards per pound (YPP) and is used to quantify the density of yarn. There is another measurement for the diameter of yarn, but I didn’t think to calculate it until after I had used up all the yarn… and it isn’t important enough to unravel part of my scarf for! Anyway, since I’ve only been spinning for about four months, I’m not entirely sure what to aim for but I think I did a pretty good job. 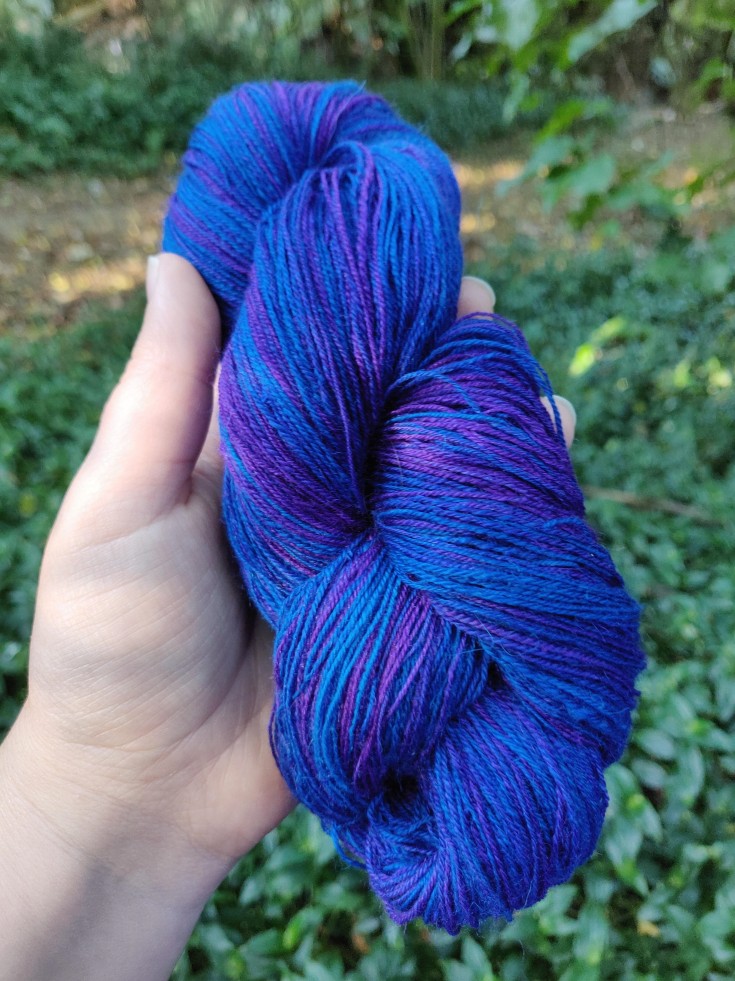 After I finished the yarn, I needed to figure what to do with it. I knew I wanted to make a scarf, but I wasn’t sure what the pattern should be. I’ve been spending lots of time near the ocean recently so I wanted to find something to imitate water. I played around trying to create a pattern with some scrap yarn but ultimately ended up buying a pattern that that I liked better: Aran Waves by Kieran Foley. I modified the pattern from a rectangular scarf into a boomerang scarf. I love the asymmetrical shape of boomerang scarves and they have the added benefit of being easy to adapt to whatever length of yarn is available. I also love what boomerang scarves do when you have two toned yarn. In the blocking picture, you can see how the sections of color get gradually smaller as you move across the scarf. To me it looks like a ripple dispersing.

I didn’t have a blocking board, so I used a rug covered with towels to block. I tried to block the scarf edges smoothly but still ended up with a few points. Next time I will play around with the blocking process more. I’m thinking more pins? Or maybe I could try threading a piece of scrap yarn through the edges and pull it tight to make a more graceful curve… Anyway I think this scarf turned out great and I’m excited to wear it around!